← more from
Dead Oceans
Get fresh music recommendations delivered to your inbox every Friday.

LIFTED or The Story Is in the Soil, Keep Your Ear to the Ground (Remastered) 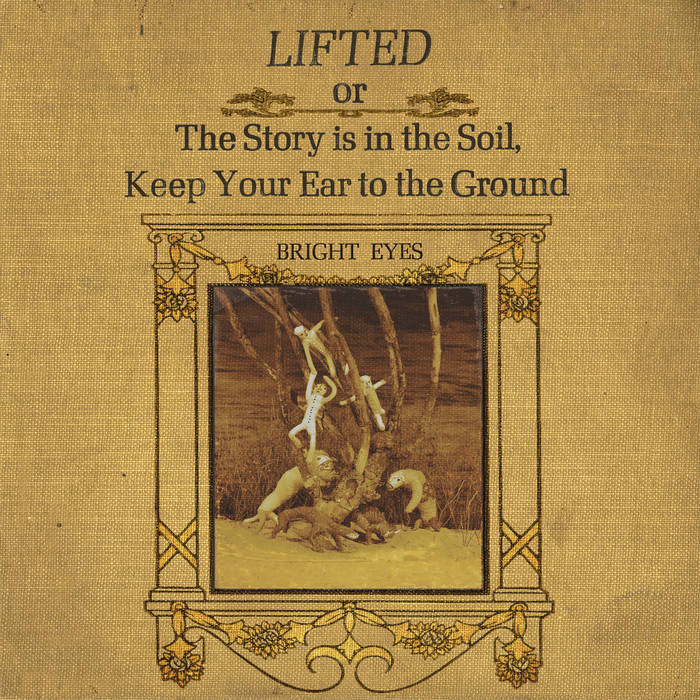 bobcatchampion This breakthrough success starts with a single track opener of such remarkable songwriting the rest just faultlessly follow suit. But with the remaster the 7th track has orchestrations and dynamic ranges that fail to be beat. Last song also puts other concept albums to shame as a gorgeous bookmark at the end of the opus. Favorite track: Don't Know When But a Day Is Gonna Come.

joshua kim I had no interest in bright eyes until my friend Evan played me bowl of oranges at his house and then I went and about this record, it was the first LP I ever purchased (lost that original but re-bought on bandcamp, so happy to have it again!) Favorite track: Bowl of Oranges.

This recording was made in December 2001 and January 2002
Engineered by Andy LeMaster and Mike Mogis
Mixed by Mike Mogis
All of this was done at Presto! in Lincoln, NE.

Mastered by the very patient Doug Van Sloan at Studio B in Omaha, NE.

Bandcamp Daily  your guide to the world of Bandcamp